Can I stop my hair loss? 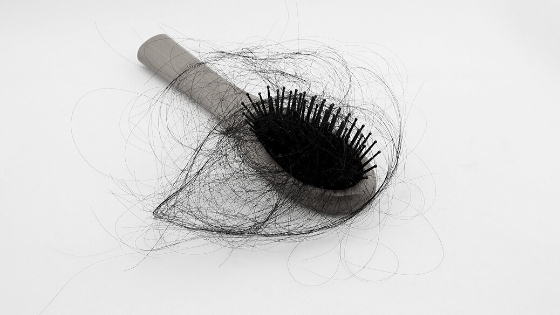 Hair loss – also known as alopecia – can be an upsetting and distressing condition, especially if you’re not entirely sure how to deal with it. Before you can treat alopecia, you need to know the underlying cause.

Hair loss depends on several factors and can be permanent or temporary. Alopecia is most commonly caused by a hereditary condition known as male/female pattern baldness and unfortunately, cannot be prevented. Other factors that affect hair loss include:

Some systemic diseases result in patchy baldness and hair thinning, such as iron deficiency and thyroid hormone deficiency.

Certain medications, like those used for HBP, depression, cancer and arthritis, are likely to have hair loss as a side effect.

Hairstyles that pull your hair tight, like cornrows or pigtails, can cause damage to the hair shaft, resulting in hair loss. Hair dryer heat and chemicals in hair relaxing treatments are also considered risk factors.

Chemotherapy is well known for causing hair loss all over the body.

Knowing the underlying cause of your alopecia is crucial in determining which treatment is suitable to your case. Being a dermatologist, Dr Ayanda is able to assess and assist you in finding the cause and treatment that is appropriate for your case.

Scarring Alopecia is believed to mainly be caused by diseases and conditions that destroy the hair follicles. Some of these conditions include Lichen Planus and Central Centrifugal Cicatricial Alopecia (CCCA).

CCCA is a form of scarring hair loss that occurs on the scalp causing permanent hair loss. Although the exact cause is unknown, it is believed to be caused by hereditary conditions as well as autoimmune disorders such as type 1 diabetes.

Lichen Planus is an inflammatory condition that affects the skin. It is often a result of the immune system attacking the skin cells and hair follicles which, in some cases, lead to permanent hair loss due to scarring.

Non-Scarring Alopecia is mostly associated with hair loss that is not permanent. The hair is mostly lost in oval or round patches. In most cases, the hair grows back without further hair loss.

Androgenic Alopecia is a genetic condition that predominantly affects males, but can affect women too. It is commonly characterised by a receding hairline, causing gradual hair loss from the front of the scalp to the crown.

Traction Alopecia is known to be a gradual form of alopecia commonly caused by excessive and tight pulling of the hair due to tight hairstyles such as pigtails and braids.

Telogen Effluvium is a disorder characterised by the shedding and thinning of hair. Its most commonly known to be caused by stress but is also known to be influenced by certain medications and acute illnesses.

If you’re concerned about hair loss, a visit to the dermatologist is the best way to find out what’s causing it and how to treat it. It’s also important to remember that early treatment is key to retaining healthy hair.

If you have any questions or concerns about your hair, feel free to contact Dr Ayanda Motau.